On this page we look at some of the research indicating the benefits of CBD oil for cognitive function, in particular looking at how it may be able to help patients with Alzheimer's, other forms of dementia and parkinson's disease

A key trait of Alzheimer’s disease is the build up of clumps of a protein, called amyloid, in the brain. Some studies have shown that components of cannabis, including THC, appear to remove this protein from nerve cells grown in the lab. THC is not present in over-the-counter CBD oil.

Another study that gave both THC and CBD oil to mice with symptoms of Alzheimer's disease showed improvements in learning and had less evidence of amyloid clumps in their bodies.

Research continues to better understand the effects of CBD oil on the brain. Some early evidence suggests that CBD oil may reduce inflammation in the brain, although this has yet to be proven in people.

A useful review of the potential benefits of CBD oil for Alzheimer’s disease from in vivo studies was published by Watt and Karl in 2017 in Frontiers of Pharmacology. It concluded: “the studies reviewed in this mini review provide “proof of principle” for the therapeutic benefits CBD and possibly CBD-THC combinations pose for AD therapy”

Tackling the symptoms of dementia

Research does suggest that high concentrations of CBD oil could be useful for managing some of the symptoms of dementia such as agitation and anxiety.

A few small clinical trials have assessed the effects of cannabinoids (including THC and synthetic cannabinoids, such as nabilone) on behavioural symptoms of dementia. However, trials and studies so far have generally been small or low quality so it is too early for definitive conclusions.

It is also important to note that the researchers in these studies have used high concentrations of CBD oil that may not be available to buy. These studies have also been short term so we still don’t know what the long term effects of using CBD oil might be.

A study is currently underway at King’s College London that will look at whether a mouth spray containing cannabinoids could be used to reduce symptoms of agitation and aggression in a small group of people with Alzheimer’s disease.

A review of the small studies available was undertaken by the Canadian Agency for Drugs and Technologies in Health in 2019 It concluded: “overall, limited evidence from the studies3,10 included in this report suggested that medical cannabis may be effective for treating neuropsychiatric symptoms associated with dementia (i.e., agitation, disinhibition, irritability, aberrant motor behaviour, nocturnal behaviour disorders, and aberrant vocalization and resting care). There was also limited evidence of improvement in rigidity and cognitive scores as assessed by MMSE”. The report then goes on to explain the limitations of the data and the need for further research

The jury is still out on whether cannabis THC or CBD oil could be used to treat dementia. A lack of strong research studies mean that anecdotal reports have in some cases taken the place of hard evidence.

No studies or trials have looked into the effects of cannabis or its components on the underlying causes of Alzheimer's disease in people.

Whilst the studies in the laboratory show some promise, it will be necessary to understand the wider effects that these components have before it is fully known whether they have any effect - positive or negative - on the development of Alzheimer's in people.

It is worth noting that many of these studies have involved a particular component of cannabis in isolation. Even if one component is found to influence dementia risk, it does not necessarily mean that taking cannabis would have the same effect.

There is also a large amount of variation in the levels of THC and CBD oil in different strains of the plant so the effects could depend on the type of cannabis used.

There is some evidence that heavy, long-term use of cannabis can have a negative effect on our memory and thinking. Heavy use of cannabis is also associated with psychosis in some users.  A 2018 study by Solowij et al found that CBD oil provided improvements in attentional control and beneficial changes in psychological symptoms for those regularly taking Cannabis for recreational purposes. However,  more research needs to be done to tease apart any potential benefits and drawbacks.

There has been a lot of media coverage on the subject of the treatment of young people with epilepsy. That coverage has focused on medicines including THC. Here we look at CBD oil which does not include THC.

Several randomised control studies have demonstrated the efficacy of CBD oil (with an acceptable safety profile) in patients with Lennox–Gastaut or Dravet syndrome causing epileptic seizures. A 2020 study by Royston et al looked at the processes by which CBD oil can provide “functional modulation of neuronal excitability”.

A 2020 in vitro study by Gugliandolo et al presented results that indicated “that CBD may exert preventive and protective actions in Parkinson’s Disease”. While an exploratory double blind human study indicated the results “point to a possible effect of CBD in improving quality of life measures in PD patients with no psychiatric comorbidities; however, studies with larger samples and specific objectives are required before definitive conclusions can be drawn.” 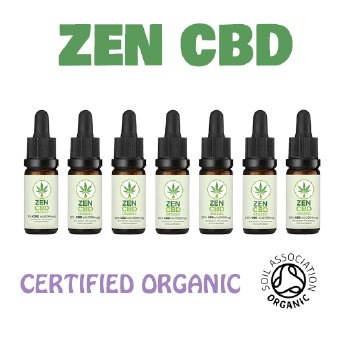